Hi, guys! My name is Alice

hello!i'm irenka:-)a so lovely and passionate girl with hot and graceful body who can be the perfect company for a nice man!if you looking for a classy escort - you make the right choice!just call me and i promise you a great-great time toghether!

I am open to a variety of service: GFE, French Kissing, 2 girls fun, oral services etc

I have a great sense of humor, warm personality; hello dear gentlemen, my name is ariana. Iam kind person, easy going, always smiling, helpful. Iam profesional and loving fun and my job. I have also my company, so am ambicious and working with vegetarian food. If u are looking for really kind company and would like spend lot of fun contact me.

hi there boys, my name is camilla sepulveda originally from brazil but i am here right now!!!!

Blond-Amsterdam is known for their 'cute' and 'feminine' tableware designs. Over the years they have taken over nearly every cupboard of Dutch white cis women with their plates and teapots. The cuteness of Blond-Amsterdam can give the impression that the brand is innocent and harmless.

Unfortunately the main focus of this outrage was only about the misrepresentation of white cis women, while the oppression of the visual language of Blond-Amsterdam goes far beyond that. Blond-Amsterdam has been complicit in criminalizing sexworkers in their artworks, they sell tableware featuring blackfacing-imagery and other forms of racism. They have cutified the meat industry, the destructive aviation industry and capitalism in general.

They glorified colonialism and nationalism. They spread cis hetero sexism, fatphobia and ableism. It is a normalisation of various interlinked forms of oppression. This normalisation is part of a Dutch tradition of - as Gloria Wekker coined the term - white innocence, which has enabled oppressive culture to stay alive and multiply since the colonial times. The white cis woman Karel de Kleijne has, inspired by Wekker, as a personal project mapped the oppressive narrative of Blond-Amsterdam, and made an activist parody of the plates of Blond-Amsterdam as a form of creative resistance. 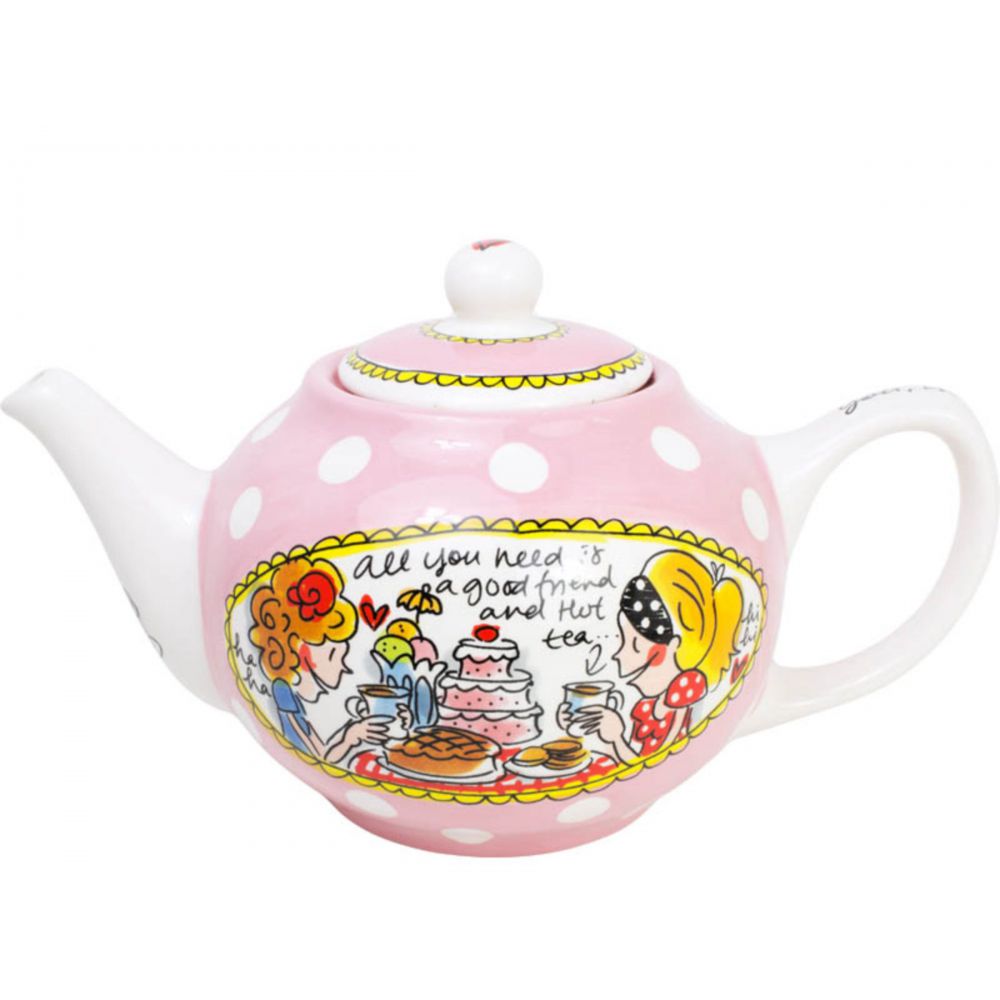 On the 20th of september she will share the story of Blond-Amsterdam and present the alternative parody tableware. As a closure of the evening, a discussion night has been organized in collaboration with Feminist Club Amsterdam. The results of this discussion will be added to the later published public call out of Blond-Amsterdam.